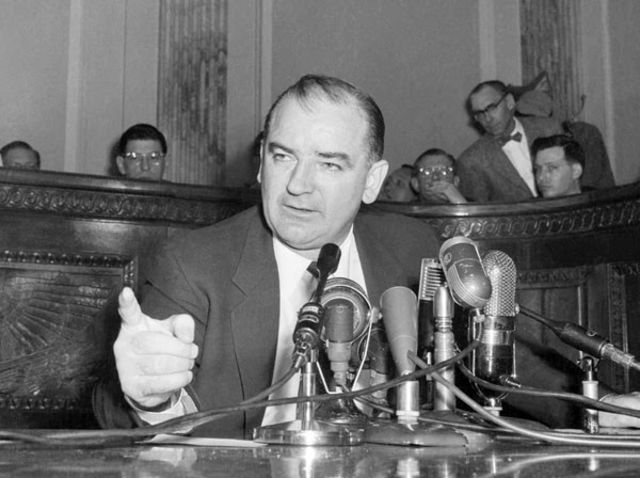 Right wing politicians must be sitting back and laughing as they watch one progressive politician after another fall into the ‘antisemitism’ trap of this new McCarthyism. They may even be exchanging racist jokes along with the laughter. Despite numerous well-considered warnings about the potential impact of the IHRA ‘definition’ of antisemitism – not least by the man who originally wrote it – political parties have allowed themselves to fall into the trap set by those who claim that adoption of the definition and its contested examples is the barometer of anti-racist acceptability. As those examples do not distinguish between criticism of Zionism and antisemitism, this has the dual impact of curtailing political campaigning in support of the Palestinians, and labelling people who have been most active against racism as antisemitic. Which is why this definition has been promoted by the political right as well as by Zionists.

And would-be progressive political parties have further shot themselves in the foot with another right-wing import. Zero Tolerance allows no room for consideration of circumstances or for learning and redemption, and many lives have been destroyed through its use in the criminal justice system;, so it is a curious choice of approach for progressives. We might recall the words of a Jewish activist from 2,000 years ago: let him who is without sin, cast the first stone. Yet, adoption of Zero Tolerance, too, has become a badge of honour. When it is applied to ‘antisemitic’ actions, it makes no allowance for intention. The internet is awash with antisemitic memes, many of which look superficially like criticisms of finance capital or imperialism. Share one of these without realising its meaning, and you can be branded an antisemite. No-one wants to hear that your point was actually anti-capitalist: that now you recognise the import of the image, you won’t share such a thing again. Most of these memes originate with far-right groups that not only relish antisemitism but also enjoy the havoc they are causing on the left. All they have to do is lob a few memes into the ether and watch the damage.

It should go without saying that both Zero Tolerance and the IHRA blurring of antisemitism and anti-Zionism do nothing towards eliminating actual antisemitism.

In years to come, historians will look back at this state of affairs with astonishment. Meanwhile, the growing scale of this dangerous farce is opening people’s eyes to what is happening. Now that it’s hitting SNP politicians and activists as well as Labour, I hope supporters of both parties can resist the temptation of political point scoring and come together to bring this smear campaign to an end. At stake is the future of the Middle East, and the future of democracy.