As an organisation and as individuals we have been outspoken against the attempts by Zionists and anti-socialists to shut down free speech on Israel and to demonise Jeremy Corbyn as antisemitic. This week, when Labour adopted the IHRA definition examples of antisemitism,

We were quoted in Common Space

Sarah had a letter in yesterday’s National

and she also took part in a debate on Al Jazeera 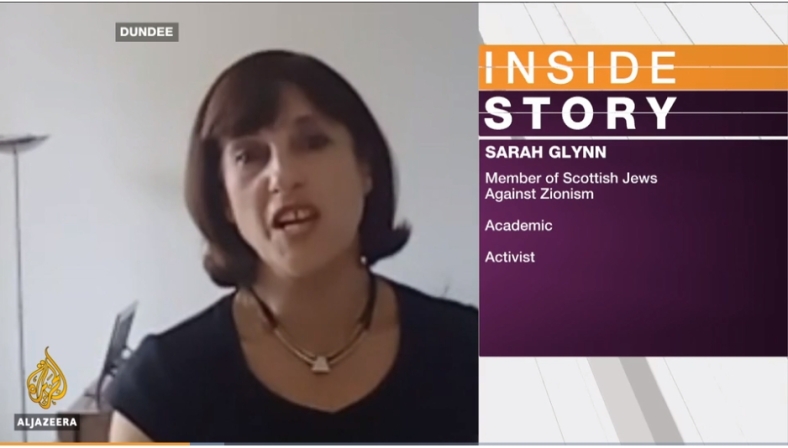